Posted on September 25, 2015 by alexandrapatrick

It’s a fact one in every five minutes spent online is on social networks. And in August 2015, over 1 billion people used Facebook on a single day for the first time since its creation in 2004. In July 2015, Facebook quietly refreshed its brand logo with a number of minor changes to the typeface – this reinforced its need to not play around with its core visual brand identity.

We’ve been looking at some recent findings and here are our top 10 Facebook facts why it still remains socially acceptable for businesses. 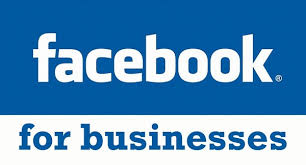 4. Videos – are the most shared post type on Facebook, averaging 89.5 shares per video, it has the highest level of engagement.

6. Mobile share of time – Facebook owns 13% of all time spent on mobile devices, the majority of users watching videos.

10. Like the dislike – Zuckerberg announced Facebook ‘dislike’ button to express empathy in September 2015, not everyone likes it.