Ploughing on in Kent…

Posted on November 18, 2011 by alexandrapatrick

It’s always rewarding when a client calls up and asks me to do some more work. It (hopefully!) means they like what I’ve done and that we get along well together. I particularly enjoyed my first shoot at The Plough in Stalisfield Green, so was delighted when the phone rang with a request to book me again. 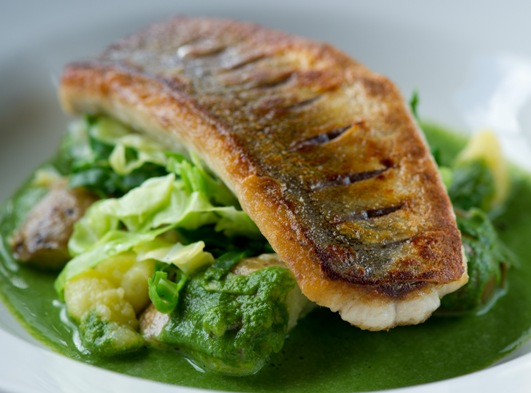 gurnard, the plough at stalisfield green

Famed for using only seasonal produce (practically everything is home-made, even the ketchup) owner Robert Lloyd and his small team have already picked up several prestigious awards in recognition of his commitment and passion to country pub dining. 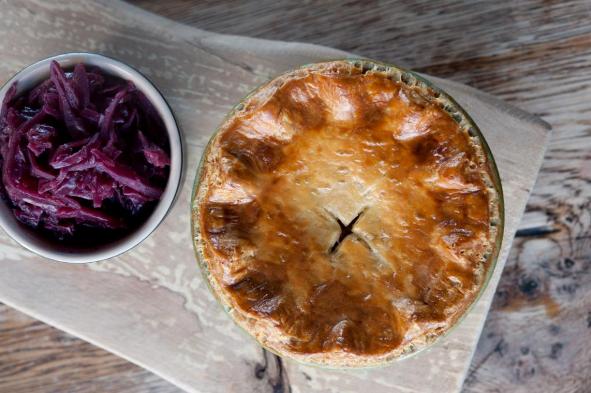 But never one to rest on his laurels, Robert has appointed a highly talented new chef (Alex) to drive the kitchen even further forward. It was my task to shoot some of the wonderful culinary creations that are proving very popular with locals and new diners alike. 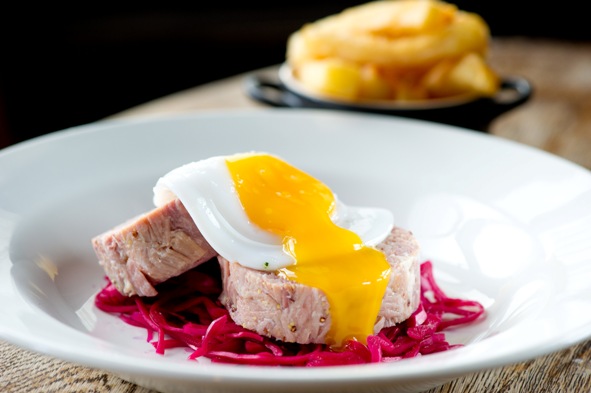 I was treated to visually stunning plates of fish, cheese, pork, beef followed by some equally tantalising desserts. The main challenge for me was making best use of available light. At this time of year, and on a particularly grey day, we had to work fast and position the food as what little light we had moved around the restaurant. Mirrors and reflectors were the order of the day! Alex is a very fast worker so we managed to capture plenty of images, barely pausing for a minute between plates – just the way I like it! 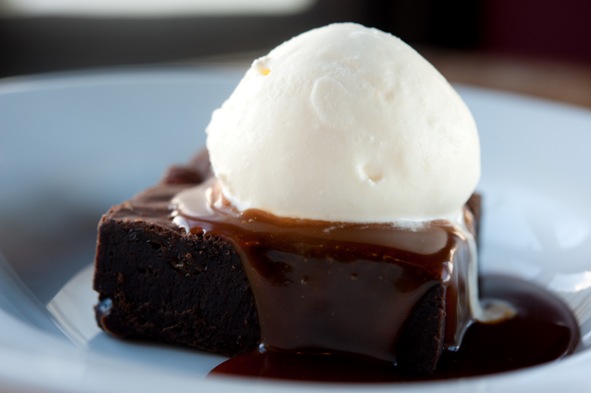 Alex and Robert clearly have a great working relationship and a shared vision – plus they enjoy having a laugh. So we also spent a little time shooting some off the wall stuff – Alex with a pig’s head etc.! A fun way to end another very satisfying shoot. 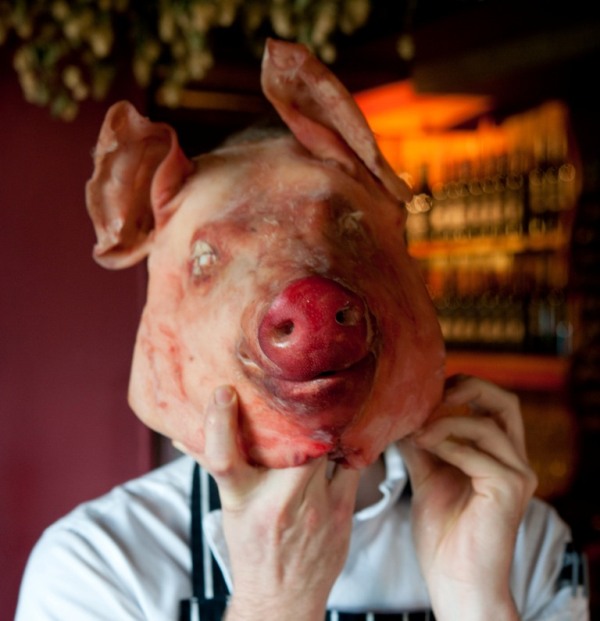 alex with pig’s head, the plough at stalisfield green

But it’s really about the food. I have to make sure that the chef’s efforts in the kitchen are rewarded in the final image. I can honestly say that The Plough’s food is not only a joy to look at but tastes wonderful too. 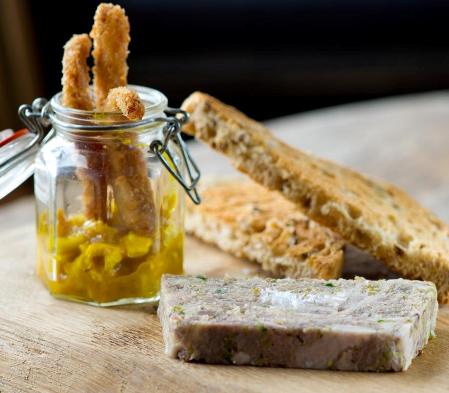 Plus, I have a confession to make. It’s a rule that I never eat on the job ‑ on this occasion that rule had to be bent. It was just too tasty!